skip to main | skip to sidebar

IN PURSUIT OF PREY BLURBAGE 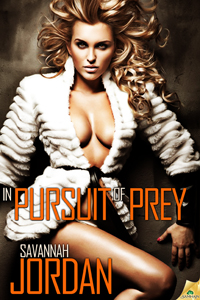 Of Gods and Consorts, Book 1

Sekhmet is on the prowl for a new consort. Over the course of an eternity, the Egyptian goddess has filled her divine bed with easy sexual conquests, but each encounter has left her heart more hollow and empty.

Now she’s stalking something challenging. Something complicated. Finally, prey that makes her purr with anticipation, prey that’s worthy of her predatory nature. A human soul.

For his band’s success, Mace Reynard made a deal with a succubus, and now she’s draining his life away, one screw at a time. After the latest encounter, he needs to recharge and rethink his life…until a goddess drops into it and uses all four of her sexy little cat feet to complicate the hell out of it.

The sexual and emotional kismet between them is more than either of them ever thought possible, but the succubus isn’t giving up her meal ticket without a fight. All she needs is one little rift between the entangled lovers to swoop in and erase Mace’s heartache—and his memories. Forever.

Warning: Get your towels ready! This story has a sex goddess, a rock singer with a penchant for powerful women, and sex hot enough to make you want to share a shower with them.

WOOT! Whatcha think of that sassiness??
Posted by Savannah Jordan at 3:45 PM No comments:

Hey, Jordanites, I have news!

Looong ago, I signed a contract for a pre-pubbed short story with Samhain. Things got delayed, the release date was pushed back due to other deadlines, etc. Well, now I have a cover to share, and a release date for In Pursuit of Prey. JUNE 19! I don't have a tagline or blurb just yet, but behold the sexy new cover... 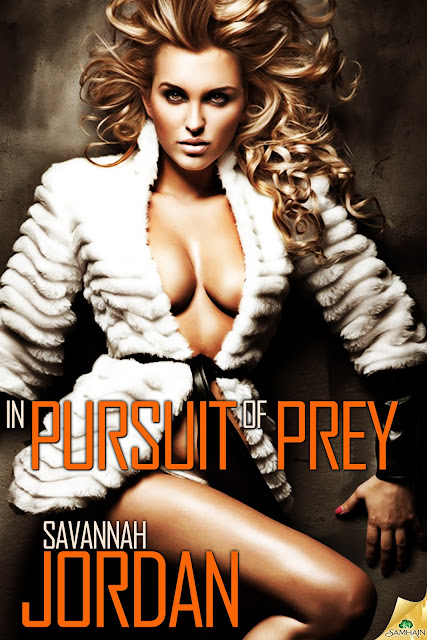 If you're looking for a gritty, violent, and sensual urban fantasy book to sink your teeth into, look no further. This is what you need right here! :)

Sariah's a hybrid werewolf with revenge on her mind. She wants to make the bastard who made her into this monster pay, and decides to do it strategically. But by killing his pack off one by one, she also gets into some pretty violent situations with humans--which she calls Pinks.

When you first meet her, Sariah comes across as a hard-as-nails predator with nothing but vengeance on her mind, but she's so much more. As the story moves along, we actually see how generous she is. She has a big heart, and has opened her house up to women in need.

What she didn't know was that someone was watching her every move from the shadows, but he isn't doing it because he wants to attack her. No, Stephan's drawn to Sariah. In spite of her murderous ways. He can see past all that.

Stephan--The Saint--is a tough MMA fighter. He's awesome in the cage and has big dreams of getting to the top of his sport, but getting involved with Sariah not only occupies his mind, soul, and heart but also awakens the Werecat inside him. Not to mention makes him a target for a backstabbing, scheming werewolf who's got plans of his own.

I had a blast with this book! Seriously. Not only did it appeal to my love for the urban fantasy, shifter, and supernatural genres, but it also thrust me into the middle of the MMA world. With cage fights that are so awesomely written I felt like I was watching an actual UFC fight. I got a kick out of all the references, too. Randy Couture, anyone? ;)

The story is told in the first-person POV of Sariah, so we get deep into her world and realise that although she comes across as a total, hardcore bitch, she really is a whole lot more. She cares for girls who end up in a situation similar to hers, and cares deeply for Stephan. We also get insight into Stephan via his pasionate third-person POV--which was cool--and that of the villain. It makes for a very well-rounded story.

I loved it, and the last bit of the book left me breathless because it was non-stop action until the very end. What a great story!

Check out Yolanda's website HERE
Posted by Savannah Jordan at 9:37 PM No comments:

WOOT!! 4.5 for Vengeance Moon on Long and Short Reviews!!

"Prepare to go on a wild, lusty, and revenge filled ride from start to finish in Vengeance Moon. Typically love forms out of events or situations; but this is no typical story and the emotions are dealt with after satisfying the more urgent desires. Animal instincts are too difficult to be controlled once the animal is let out of the cage!"

And probably the best line in any of my reviews EVER:

"When you can't stop thinking about a story, it has power."

I could sleep with this review. Stroke it and cuddle and coo to it. Thank you Lilac!!
Posted by Savannah Jordan at 2:44 PM No comments: 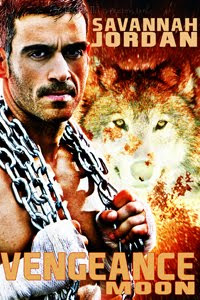 TAGLINE:
Revenge is a bitch, and Sariah is her biggest competition.

The name is Sariah DuShayne. I’m a real-life monster hell-bent on revenge. Five years ago, Xander Waithorn had the balls to move to my city and start spreading his werewolf virus. The bastard made me and I plan to use my hybrid DNA to change at will and get my revenge.

I should’ve known better than to hunt him on a full moon, but some days my vendetta gets the best of me. Hormones and Were senses raging, I accidentally ravaged some mouthy humans in a back alley. Werecat and personal stalker Stephan Colinford witnessed the entire fiasco and developed the crazy idea he could derail my path of vengeance. Talk about the cat calling the wolf a canine—Stephan has less control over his powers than I do. Then we met at his cage fight, and I couldn’t help surrender my soft curves to his hard body.

Somehow, Stephan thought love would change everything, but he’s wrong. I’ll do whatever it takes to punish Xander and his pack of lap dogs. After Xander’s hell of a werewolf-a-palooza concert, blood and fire will reign. If Death and Hell won’t have me, my only prayer is Stephan will…

Warning: This title contains a hero who can sweep you off your feet, cage sex hot enough to make you sweat and a heroine tough enough to rip your throat out.

Posted by Savannah Jordan at 8:17 AM No comments: 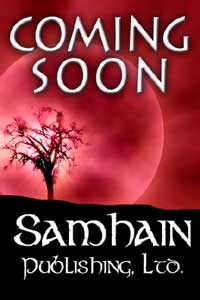 Boo yah! That's right bitches, Savannah Jordan is BACK! Fresh from a "real name" stint in YA dreamland with a fat Samhain contract in my hot little hands. What's it for, you ask? Well, none other than the werebitch that got her start right here years ago.

Sariah is coming! VENGEANCE MOON, a stand alone title will be coming out with Samhain, Dates aren't set yet, but this puppy will go to e-book AND print. *swoon*

Tagline: Revenge is a bitch. Any old SJ blog readers will know just how true that is. 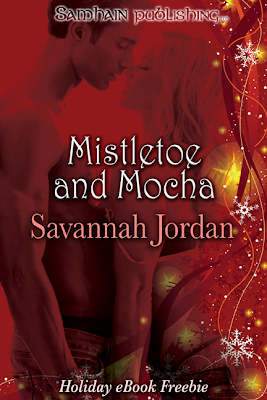 Mistletoe and Mocha is a sassy, sweet, romantic, hot-as-hell story. Long time friends let go of their platonic barrier and embrace the passionate love they've hidden for so long.

Here's the link: MISTLETOE AND MOCHA

Savannah Jordan
I am the darkness, I am the pain, I am the sensual scenes that were never allowed free reign within in the mind of a fantasy romance writer; until she succumbed to the seduction of writing erotica.

An utterly original, tougher-than-nails heroine; a sexy, conflicted hero; and the white-hot chemistry between them combine to set off explosive thrills. If you like your urban fantasy with plenty of action and scorching sex, you'll howl for Vengeance Moon.

Can a god of fire melt the heart of an ice queen?

Purchase Melting the Ice Queen From My Bookstore and More!

He's going to teach her more than she can find in a book.

PURCHASE IN REFERENCE TO

Purchase In Reference To From Wild Rose Press, in their Wilder Rose section